Dr Wittgrove is widely published and has taught dozens of surgeons throughout the US and the world his surgical techique.

“I feel very fortunate to see patients get healthier and resolve many health conditions that are often seen as unachievable by their doctors. Seeing someone high cholesterol go away, blood pressure normalize or diabetes resolve after surgery is very rewarding, it makes for a good day at work.” 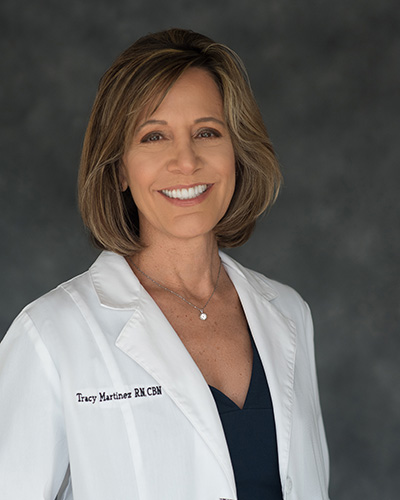 Our multidisciplinary support team is led by our program director, Tracy Martinez RN. Tracy Martinez graduated with a bachelor’s degree in nursing. She was a post anesthesia nurse (recovery room) and later the director of education at a southern California hospital. She then became interested in obesity and has devoted her career working with individuals achieving weight loss and a healthier life style. She directs a multidisciplinary team in the surgical and medical management of obesity at the Wittgrove Bariatric Center where she finds working with the most underserved patients extremely rewarding. Tracy provides pre-and post-operative teaching. She facilitates follow up and coordinates our monthly support group meetings.

Tracy is very active in the professional bariatric community. To date she has authored five medical book text chapters, multiple articles and is an international speaker and educator to other health care professionals in the field. Tracy is the past president of an Integrated Health section of the American Society for Metabolic and Bariatric Surgery and is Past Committee Chair of the ASMBS Multidisciplinary Care Committee. She is currently the Chair of the Integrated Health International Federation Society for Obesity (IFSO). She serves on the editorial boards of SOARD, Obesity Surgery and Bariatric Times. Tracy is a Certified Bariatric Nurse (CBN) by the ASMBS. She currently serves as a member the board of directors of the Obesity Action Coalition which is a nonprofit organization dedicated to education, advocacy for anyone afflicted with obesity and related diseases.

As a nurse, Tracy was very aware that in today’s medical environment, we spend all our time and resources on disease instead of health and well-being. She hopes to play a significant role in shifting that paradigm. She recently became certified as A Perfect Health Instructor at the Chopra Center in Carlsbad California.

Tracy is an animal lover and advocate. She enjoys tennis, Los Angeles Dodger baseball, hiking in nature and all water sports.